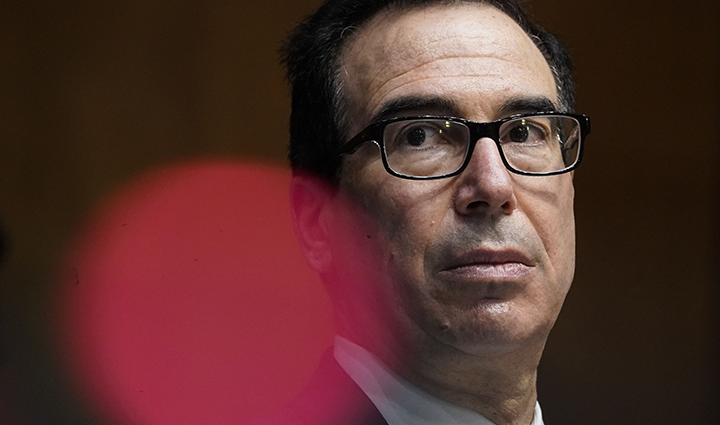 Lobbying spending remained flat in the third quarter of 2020 as lawmakers failed to come to an agreement on another stimulus package to address devastating economic damage caused by the COVID-19 pandemic.

From July through September, federal lobbying spending totaled $832 million, down slightly from the $856 million spent during the same period last year. That’s according to OpenSecrets’ lobbying section, which tracks efforts to influence Congress and the federal government.

Lobbying clients, which consist mostly of deep-pocketed business interests, had an appetite for another stimulus bill to bolster the weakened economy. This year, over 4,900 lobbying clients reported lobbying on issues and bills related to the coronavirus pandemic, accounting for about 45 percent of all clients.

They didn’t get what they wanted. For months, Treasury Secretary Steven Mnuchin and House Speaker Nancy Pelosi (D-Calif.) negotiated a bipartisan deal, but it never materialized. Large numbers of Republicans in the Senate have said they would oppose a robust stimulus package, citing the already inflated deficit. President Donald Trump has been mostly absent in negotiations as he campaigns for reelection.

The pandemic has killed over 220,000 Americans as of late October. Millions of workers who thought their layoff was temporary are now facing the grim reality that they’ll be without that job permanently. State governments will be forced to make severe budget cuts without federal assistance. Despite those facts, Congress has not passed a standalone stimulus bill since late March.

In May, House Democrats passed the HEROES Act in an attempt to address issues stemming from the pandemic, but Senate Republicans scoffed at its $3 trillion price tag. Senate Majority Leader Mitch McConnell (R-Ky.) countered with the $1 trillion HEALS Act, but it faltered amid criticism from senators in his own party. Following the confirmation of Trump’s Supreme Court nominee Amy Coney Barrett, McConnell adjourned the Senate until after Election Day.

Through September, lobbying spending totals $2.6 billion for the year, roughly equal to spending in each of the last two years. It’s bolstered by a record $940 million spent in the first quarter, when lobbying clients from every major industry sought to influence the $2.2 trillion CARES Act. A Washington gold rush ensued as lobbying clients sought to acquire government aid or contracts with the help of well-connected lobbyists tied to Trump and top congressional leaders.

Some powerful trade associations spent big to dispatch lobbyists to Capitol Hill and the White House in the third quarter of 2020. The National Association of Realtors spent a whopping $33 million to get a word in on dozens of bills, including stimulus proposals, and discussed “the CDC eviction moratorium and the need for rental assistance” with the Trump administration. That’s a single-quarter spending record for the trade group, exceeding the $26 million it spent in the third quarter of 2018.

The U.S. Chamber of Commerce, the top lobbying spender with each passing year, shelled out $22 million in the third quarter. The powerful pro-business group spent $16 million during the same period last year. The Chamber unsuccessfully pushed lawmakers to pass a bill that provides COVID-19 liability protections for businesses, a provision supported by Republicans but opposed by Democrats. The trade group — which has less sway with Trump than previous Republican presidents — has come under fire from GOP lawmakers for endorsing a number of House Democrats in 2020.

If Democratic presidential nominee Joe Biden turns Trump into a lame duck president next week, lobbying spending could see a steep decline. In the fourth quarter of President Barack Obama’s final year in office, lobbying spending dropped to its lowest level in the decade.

Karl joined the Center for Responsive Politics in October 2018. As CRP’s money-in-politics reporter, he writes and edits stories for the news section and helps manage a team of diligent writers. A native of Brooklyn, New York, Karl graduated from State University of New York at New Paltz in 2016 with a B.A. in journalism. He previously worked at The Globe, a regional newspaper based in Worthington, Minnesota. His email is [email protected]