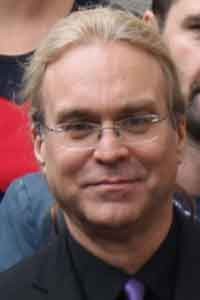 A new organization was launched last week to expose concealed information about the health and safety risks of mobile phones.

The Mobile Phone Whistleblower Project – an initiative of Whistleblowing International – is calling on citizens – especially current and former employees of Motorola and other mobile phone and communications companies – to report information about fraud, deception, corruption or other misconduct within the industry.

The group said that Motorola operated a radio frequency research laboratory at its Plantation, Florida headquarters from 1993 to 2009.

“It opened the facility shortly after the wife of Madeira Beach resident David Reynard sued two mobile phone companies following the death of her husband from a brain tumor,” the group said in a press release. “A federal court in Tampa dismissed the case in 1995, but the lawsuit received significant national media attention and spawned a still-ongoing debate over whether mobile phones can cause cancer and other health problems. Many published, peer-reviewed studies conducted since the 1960s have linked mobile phone radiation to a myriad of health effects.”

“After opening the laboratory, Motorola began to shape the direction of mobile phone research and public discourse. The company played a significant role in funding research, deciding which scientific studies should be conducted, serving on editorial boards of scientific journals, and overseeing standard-setting organizations that determine official radiation exposure limits. The most influential such organization, the Institute of Electrical and Electronics Engineers (IEEE), continues to hold committee meetings at Motorola headquarters on Sunrise Boulevard.”

“Through the Mobile Phone Whistleblower Project, it is hoped that current and former Motorola employees in the Libertyville area will come forward with evidence and information about any efforts by the company to mislead mobile phone users and the general public about health risks.”

“Much of the information is not known to the public,” Worth said. “We have piles of evidence showing that since the 1990s, the industry has misrepresented, lied and covered up evidence of health effects from cell phone radiation. We are not saying that we know that cell phones are dangerous. We are saying we don’t know. When the industry claims no evidence of risk, that no health hazards that have ever been indicated by a research study — that is simply not true. There are many studies going back to the 1950s to show that the kind of radiation emitted from cell phones can cause biological effects. The web site is to draw out people from the industry, to come forward with inside information. The industry is manipulating the testing. The labs are not regulated. The guidance is vague. Companies tell the lab how to test the phone. Tests are not done in a way that replicate how the phones are used in real life.”

There has been little public debate over the safety of cell phones.

The Nation magazine ran an article in 2018 titled How Big Wireless Made Us Think That Cell Phones Are Safe: A Special Investigation.

And last year, the Chicago Tribune ran an article titled — We tested popular cellphones for radiofrequency radiation. Now the FCC is investigating.

There have been a number of product liability and class action lawsuits as a result, but nothing compared to the litigation that confronted the tobacco industry.

In addition to Worth, the Mobile Phone Whistleblower Project is headed by two South Carolina trial lawyers – Brian Knowles and Robert Turkewitz – and a whistleblower attorney – Tom Devine of the Government Accountability Project.

Why the initial focus on Motorola?

“Much of the original research was done by Motorola,” Worth says. “Motorola was at the center of the mobile phone research in the 1990s. Hundreds of people worked in these labs. I am especially interested in whistleblowers for Motorola. Motorola was the leading company producing consumer mobile phones that was most involved with the research. They funded research on health effects. We are looking for people to blow the whistle on what they found. Is this like tobacco where the industry has research about the health effects of cell phones that they have not released?”

Worth says his group will put out similarly targeted press releases for researchers at Nokia, Samsung and Apple.

Worth says that in just one week, “whistleblowers have come forward giving us non public information about health effects that we didn’t know about before.”